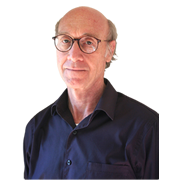 «Violence eventually runs out of steam when its only driving force is violence itself. When it peaks, it implodes, demoralising its advocates»

We knew that if Catalonia’s independence bid failed, the Spanish state’s reaction would be devastating. Triggering Article 155 [of the Spanish constitution to impose direct rule] was merely a paper-thin excuse, a flimsy legalistic recourse to justify the onslaught. For that reason, nothing will change when Article 155 is lifted after January 17. Catalonia was already in Madrid’s crosshairs before the referendum on October 1, but with the hunting season underway, the phrase “Let ’em have it!” (1) has become a motto for a certain Spanish patriotism. This is hardly a surprise. Societies require a common enemy to stay united and violence is often the glue that holds them together. This is particularly true at times of crisis, when the general public is gripped by fear and facing the future is an uphill struggle. Spain began to regress decades ago, a process that was concealed for some time by the positive economic outlook, itself based on a fiction. When the crisis broke out —striking not only Spain’s economy, but also its constitution, culture and values— Spain was left without a horizon and it has become a country that is condemned to a performative existence, to an absurdly endless rebuilding of an identity which is only expressed through the mirage of its unattainable unity. It is worth pointing out that Catalonia also seems doomed to exist as a flying Dutchman, always on the verge of seeing its identity dissolved in an aspiration that slips through her fingers whenever it appears to be easily within her grasp.

Spain has not fought a war against a foreign enemy for over a century and it has not enjoyed a true military victory for centuries, if you discount the exploits of Wellington’s army in the Spanish war against Napoleon. Since the 17th century, almost since Rocroi, Spain has been defeated on every front except at home. Understandably, resentment runs deep and requires a purge valve of sorts. These days we have been hearing a great deal of cocky talking on every level of the state. It is the hidden face of the impotence that follows the failure of the operation to modernise Spain, a move that began in the 1980s and has turned out to be purely cosmetic and superficial. Still, a state is but the social organisation of violence, and sovereignty is the power to define one’s enemy. A state’s prestige and stability rest on how that power is managed.

While the police violence on October 1 shocked the world, in Spain it was used to legitimise the ensuing crackdown, which is symptomatic of the frailty of Spanish democracy. Perhaps nothing can define the Spanish difference better than that. Whenever I have said that the conflict between Catalonia and Spain is essentially a clash of two identities, there has always been someone ready to deny it. Political correctness compounded by idealism sweep the problem under a thick carpet of clichés. Alas, a good deal of Spaniards, including those who live in Catalonia, identify with the state’s violence, they endorse, applaud and encourage it. They demand blood. And jails. And media lynchings. Any circumstance, no matter how petty, invites a penalty: an art collection that nobody would have noticed if it had been kept in a museum outside Catalonia, the fact that a Terrassa school teacher set up a “referendum” to elect the class representatives (some words are forbidden, like in all dictatorships), not to mention the persecution of any criticism of violence or the legal action taken against Catalan-medium teaching, a time-honoured way of debasing Catalan self-rule. As in the siege of Jericho, they march around our walls blowing on their trumpets and raising a great clamour.

Those who welcome violence are not spectators, but actors by institutional proxy. For many, October 1 signalled the time to get even. In a few years, they have transitioned from petitioning against the new Catalan Statute to bloody humiliation and outright impunity. Spain has found the scapegoat for its own sins in the Catalan independence movement and it means to slaughter it in a cathartic ceremony of reconciliation with itself.

Some wonder how democracy could fail in such an epic manner. As usual, the ordinary answer explains nothing. In order to normalise exceptionality, it has been argued that no country would tolerate the secession of a part of its territory. Such an explanation is blatantly untrue, as proven by several low-level conflict splits occurred during the 20th century and the independence referendums held in advanced democracies, such as the UK and Canada. I challenge you to ask any of those who object loudly to anything that smells vaguely Catalan in what way a Catalan republic would be harmful to them within the shared European space. They are unlikely to reply that they worry about the state’s extractive power. Or that they are afraid of limitations on people moving freely. Even outside Schengen, nowadays independence does not involve building a hard border. Talks for a soft Brexit and, even closer to home, the case of Andorra —a non-EU country that has been virtually assimilated to Spain— are evidence of that. So, what do they mean when they say that Catalan independence would feel like losing a limb to them? Funnily enough, when they draw that analogy, they never mention the head, which is —to follow the metaphor— where the head of state resides; let alone the heart, which Antonio Machado said was, by natural right, reserved for Castile. They never even mention the liver or the stomach or any other vital organ. The bodily part that Catalonia is compared to is an arm, that is, a useful limb but not a critical one or an essential part of one’s personality. Their own metaphor casts doubt on the constitutionally indivisible integrity of the body. Assigning Catalonia a purely instrumental function in the Spanish body is akin to denying her any executive and affective functions. It is relegating Catalonia to the level of a mere belonging.

Catalan independence sickens them inasmuch as they are able to picture it. It is imaginable, not because it is better organised or more feasible economically than for other regions with a weaker national pulse, but because it endorses an undeniable identity that can hardly be trivialised. That is why violence will not go away once Article 155 has been lifted: it is merely a procedural vehicle. Once violence has been unleashed, it must follow its course.

On December 22, Catalans woke up to a nightmare. One million of their neighbours —you cannot call them compatriots or fellow citizens (2), as the latter has become strongly associated with a particular political party— said loud and clear that they were Spanish and were willing to be Spanish even if it meant resorting to violence, lies, censorship and the persecution of those who demanded their right to decide their future democratically. October 1 proved that Spain cannot control Catalonia unless it resorts to violence. Some don’t approve of that violence, while others endorse it unashamedly. Ultimately, the prosecutor’s office will ensure that the victim is blamed for the violence endured, as if it flowed inside a closed circuit.

October 1 saw two identities emerge on either side of the ballot boxes and the elections on December 21 defined them very clearly. Today the divide, regardless of which party they voted for, effectively separates those who began a peaceful journey towards dignity from those who side with police brutality and the ensuing judicial revenge. There is the identity of those who demand the release of Catalonia’s political prisoners and those who deny their existence, who claim that Catalan institutions and media must be cleansed and who approve of the judicial arbitrariness while threatening us with a renewed state of exception and suggest a pardon before any ruling has been handed down. They are the ones who abhor a hypothetical pardon because it shows weakness: what use is a scapegoat, if you are going to pardon it? These are the operational identities at the start of 2018, the only politically meaningful ones in the binary system that drives the symbolic structure of the Spanish state.

Make no mistake: violence is part of the Spanish state’s essence. And Catalonia cannot stand up to it with a violence of her own, precisely because it is not a state. However, violence eventually runs out of steam when its only driving force is violence itself. When it peaks, it implodes, demoralising its advocates: you cannot respect violence by itself, nor those who resort to it without any moral standing whatsoever. That is the secret of peaceful resistance: to hold onto the highest moral ground. Still, non-violent resistance only works when the victim turns it into a strategy, when suffering gets turned into an identity. While the oppressors conceal their violence whenever possible, a non-violent strategy will seek to bring it to a paroxysm. It must be perceived so that it will devour itself. That is so because most people have a limited capacity to identify with evil, and a time comes when indifference and equidistance become unbearable and people step away from that to preserve their own self-esteem. 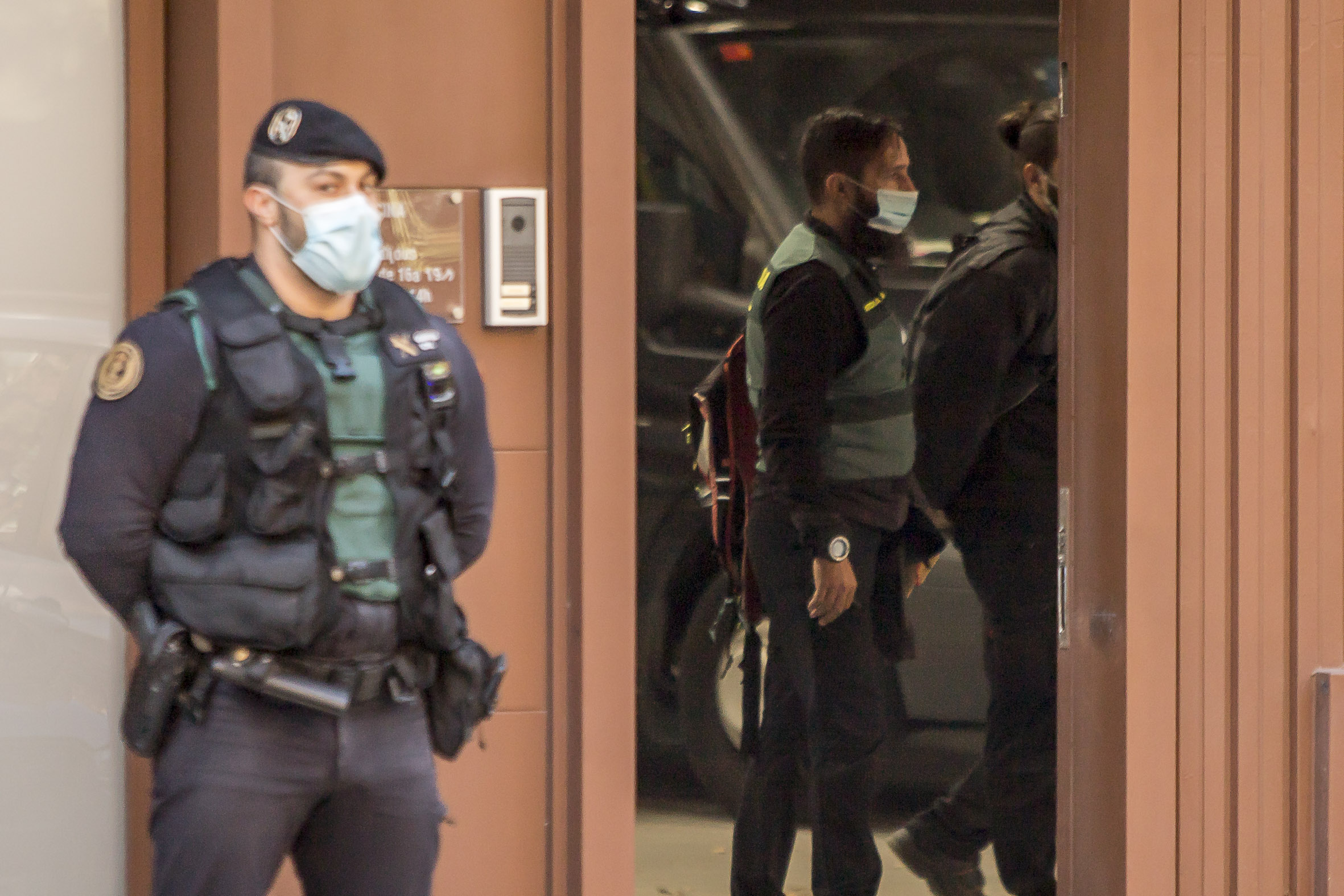 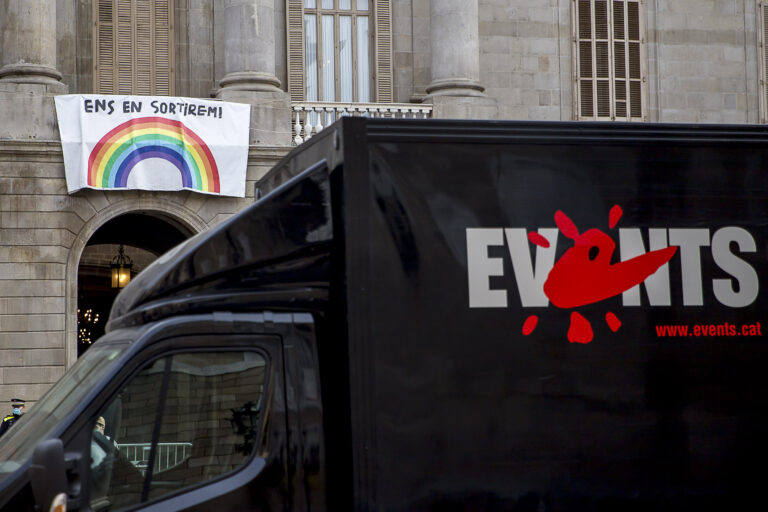 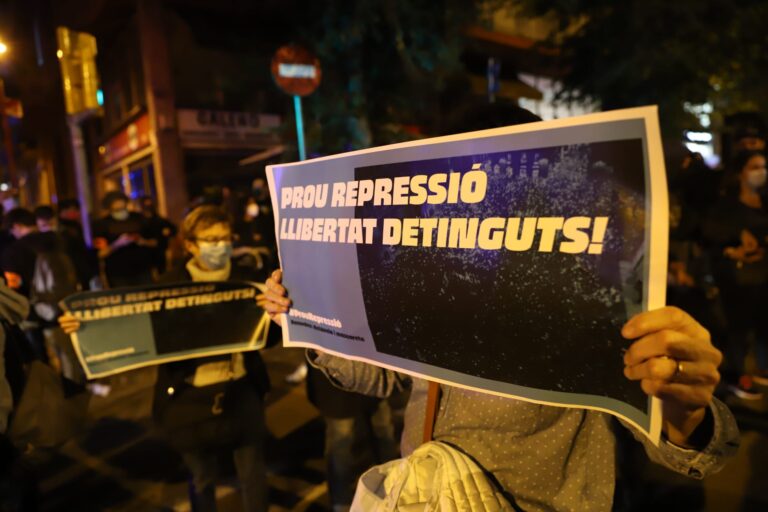 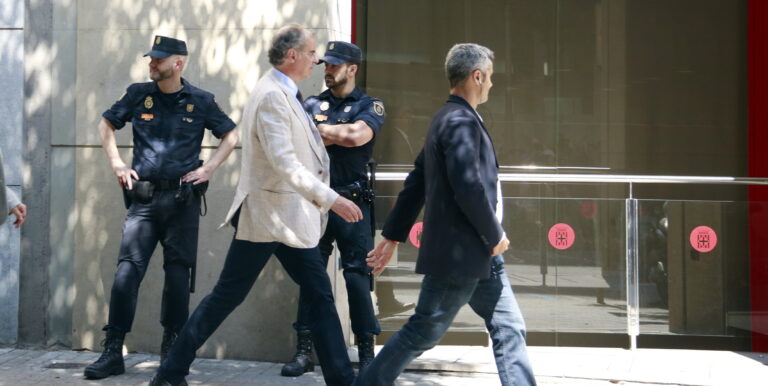 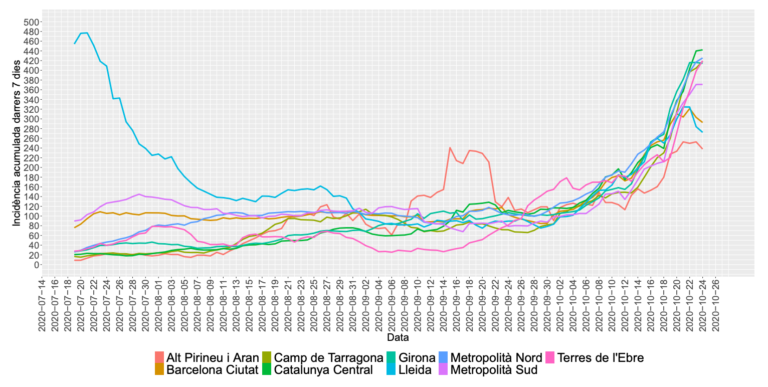 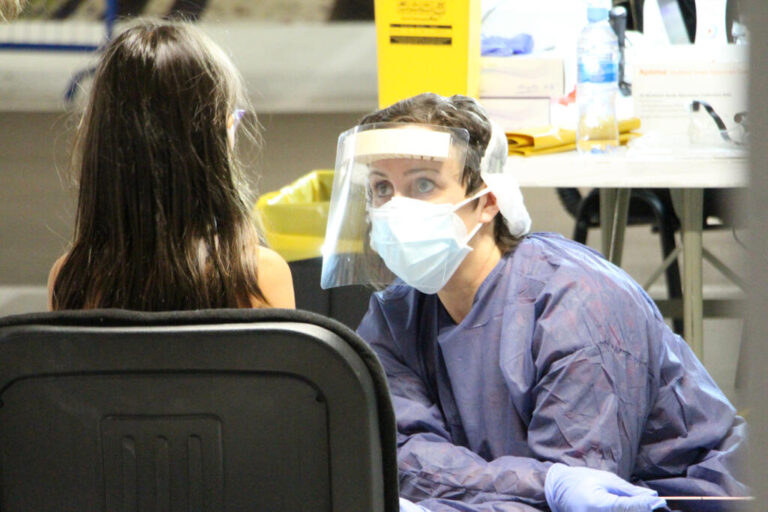 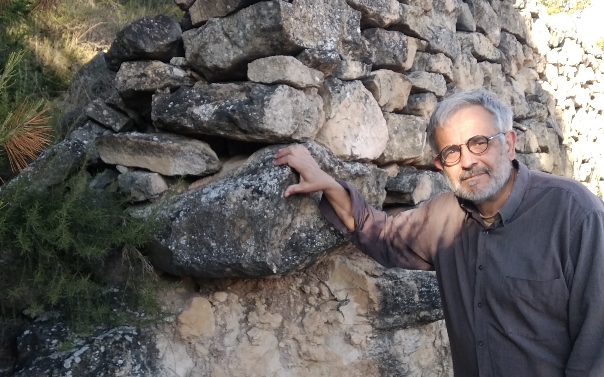 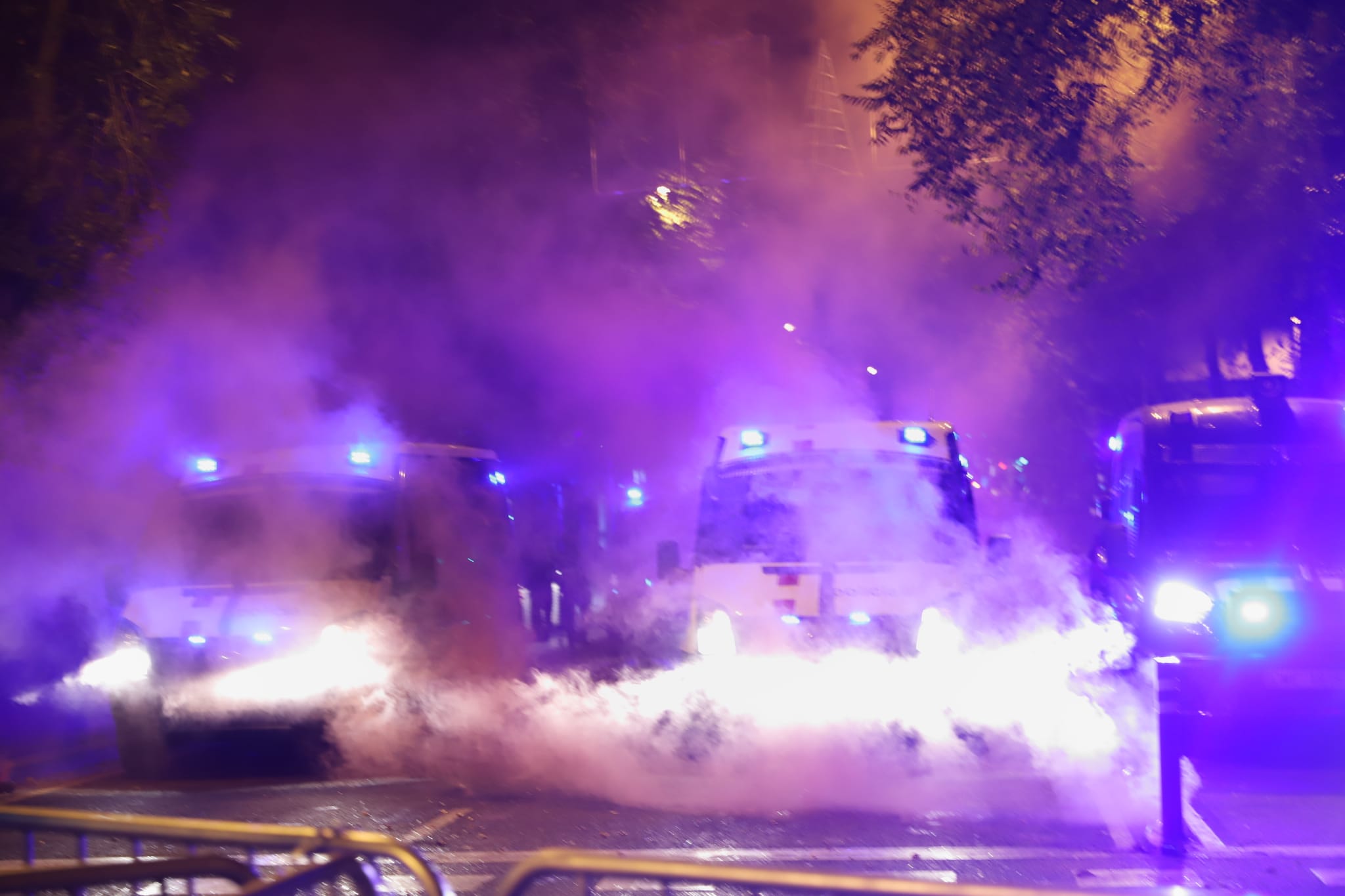 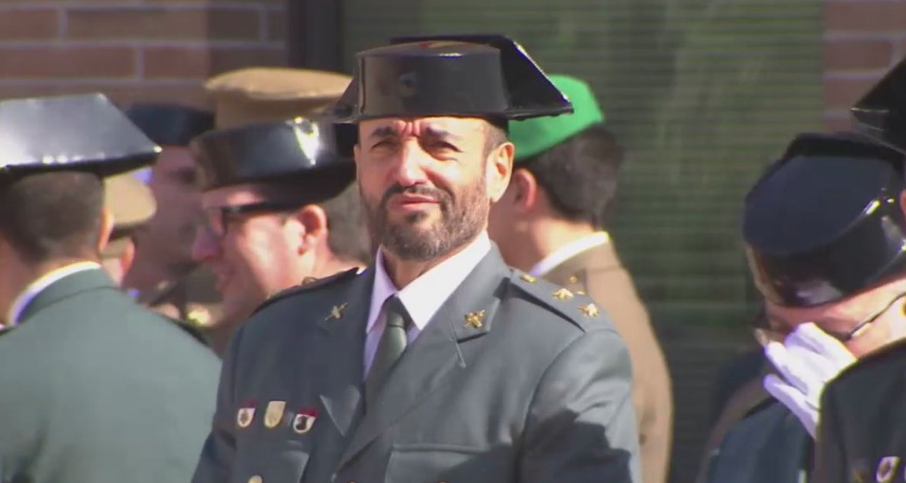