MEPs from fourteen countries and all political groups attend hearing with Puigdemont, Junqueras and Romeva in Brussels

It was a far cry from a ‘cafeteria event’, as González Pons had described it, given that the conference room in question holds twice the capacity of the largest hall of the European parliament

If anyone from the Spanish government or the Partido Popular was in the large European parliament conference room last night, they must have been left speechless. The three-hundred and fifty chairs already in the room were not enough: the corridors, on both sides and stretching all the way to the back, were full of people who listened while standing as the Catalan president, Carles Puigdemont, vice-president, Oriol Junqueras, and minister of foreign affairs, Raül Romeva argued the need for a referendum on independence from Spain; the top Catalan politicians denounced the Spanish government’s entrenched opposition to the vote, and called on European institutions to get involved.

About forty MEP and their aids, from every political affiliation, were in attendance, in addition to a sizable representation of Catalan parties and organizations, some fifty embassy staff from various countries, and about twenty international journalists, according to the event organizers.

The presence of the Portuguese socialist MEP Ana Gomes was significant; Gomes tweeted and spoke to journalists demanding that the Spanish government start a dialogue with those seeking Catalan independence. Also significant was the attendance of Helga Stevens, Flemish MEP representing the European Conservatives and Reformists and recently a candidate for the presidency of the parliament; and Laszlo Tokes, a Hungarian MEP from the European People’s Party, and former vice-president of the chamber. Despite the call to boycott the event made by Esteban González Pons, the Spanish PP’s spokesman in the European parliament, Tokes was accompanied to the hearing by Francesc Gambús, the Catalan MEP with the People’s Party.

Also present were MEPs from the European Free Alliance-Greens, including the Latvian politician Tatjana Ždanoka, a representative of the Russian-speaking minority in that country; Ernest Urtasun, a member of Catalonia’s leftist environmentalist party ICV; Alyn Smith and Ian Hudghton, from Scotland; Bodil Valero, from Sweden; Mark Demesmaeker, from Flemish Belgium; Matt Carthy, from Ireland; Margrete Auken, from Denmark; as well as Jordi Sebastià, from the Catalan party Compromís.

Among the members of the European United Left were Syriza MEP Sofia Sakorafa; Xabier Benito, a Spanish Basque Country politician from Podemos; and Liadh Ní Riada, from Ireland.

From the Alliance of Liberals and Democrats, there was Portuguese MEP Antonio Marinho Pinto; Renate Weber, former Court of Human Rights judge, from Romania, who had a brief conversation in Romanian with President Puigdemont of Catalonia; Ivo Vajgl, former foreign minister of Slovenia; Petras Austrevicius, former foreign minister of Lithuania; Ivan Jakovcic and Jozo Rados, from Croatia; and Izaskun Bilbao and Josu Juaristi, from the Spanish Basque Country, the later an MEP with Bildu. Also present were the president of the Flemish parliament, and members of the regional committee and think tanks.

The arrival of the speakers was greeted with an ovation, especially from the Catalans in attendance. Although many Catalans were present at the hearing, attendees from other countries were also well represented. When President Puigdemont began his speech, in Catalan, members of the audience who had been able to find a seat in the room listened to the simultaneous translation, which was offered in English and French. Most were in the front seats, reserved for MEPs.

Puigdemont, Junqueras and Romeva all spoke in a deliberately solemn tone. If the room had been half empty, it would have no doubt been ridiculous. But it was not. In fact, attendees could have filled two rooms of the same size. It was a far cry from a ‘cafeteria event’, as González Pons had described it, given that the conference room in question holds twice the capacity of the largest hall of the European parliament. The tone of the speakers was therefore an appropriate corollary to a day that in the end assumed a dimension that the PP would not have wished for. And it ended up this way thanks in good measure to the publicity that they themselves, and the Spanish government, have given the event throughout the week. The hearing turned out to be, perhaps, the main public act of the independence movement’s internationalization to have taken place so far. 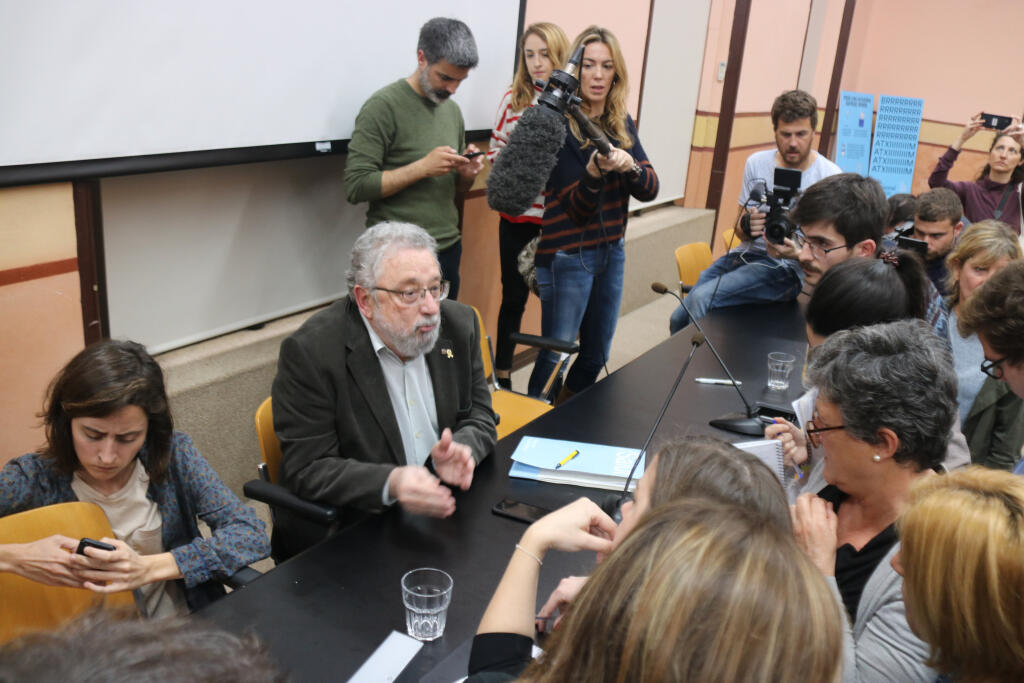 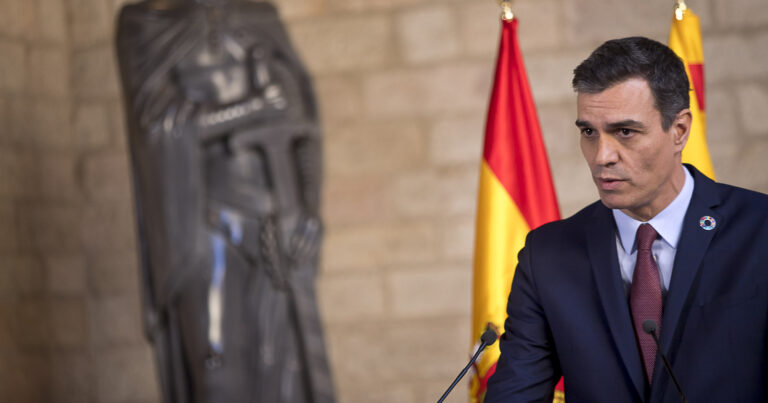 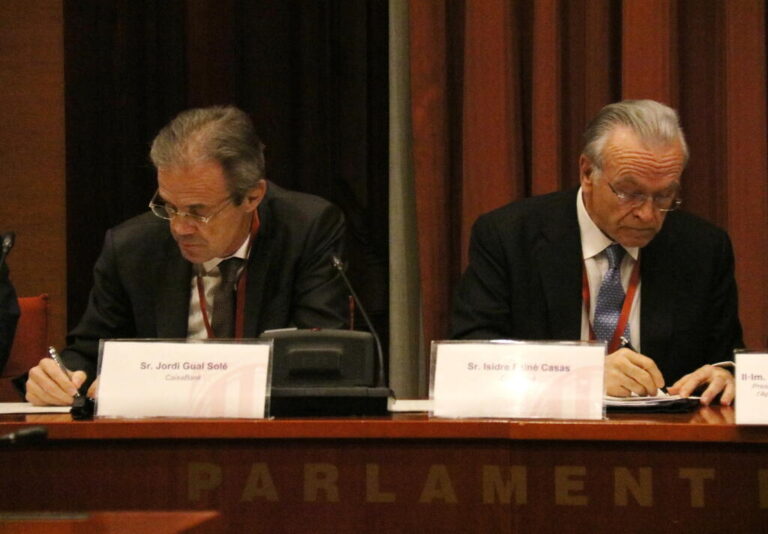 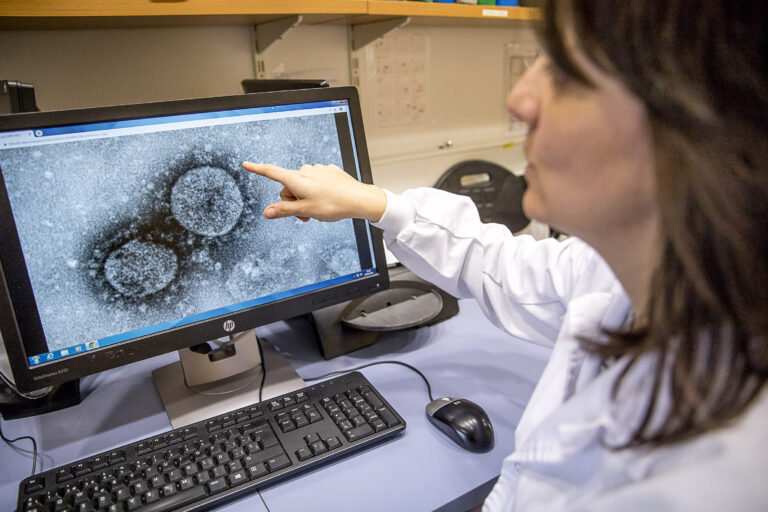 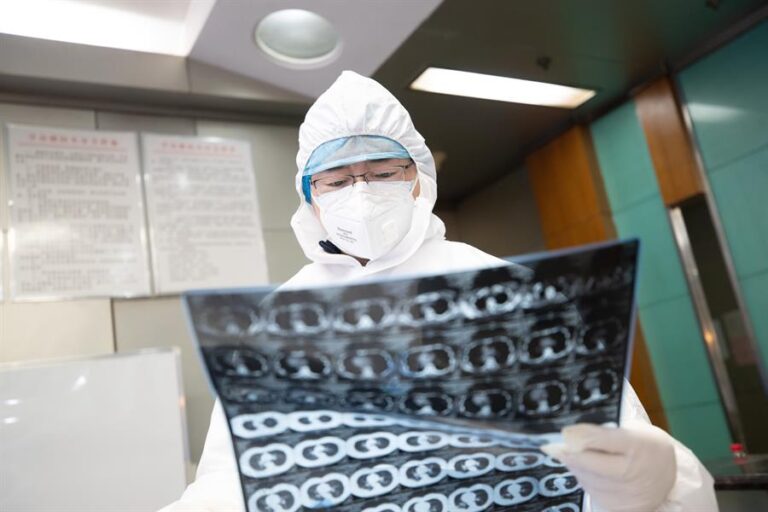 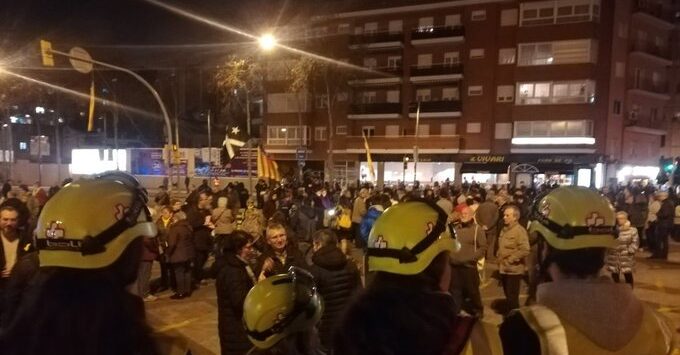 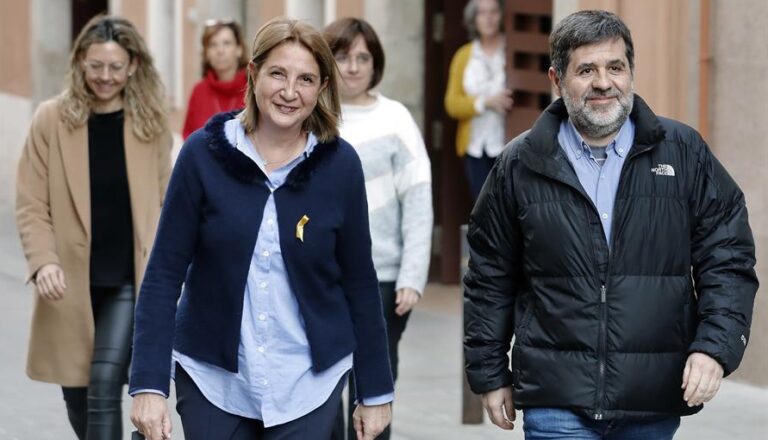 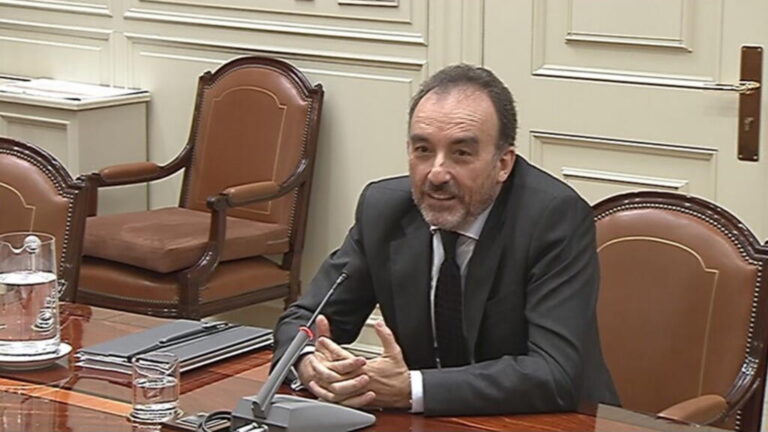 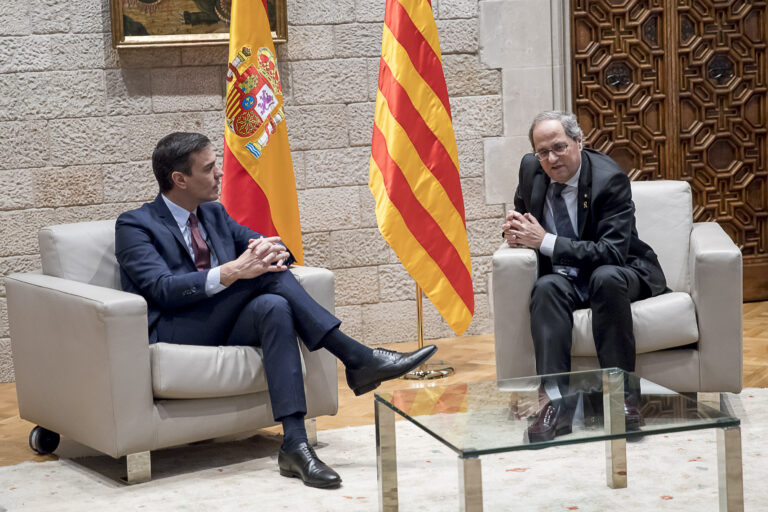 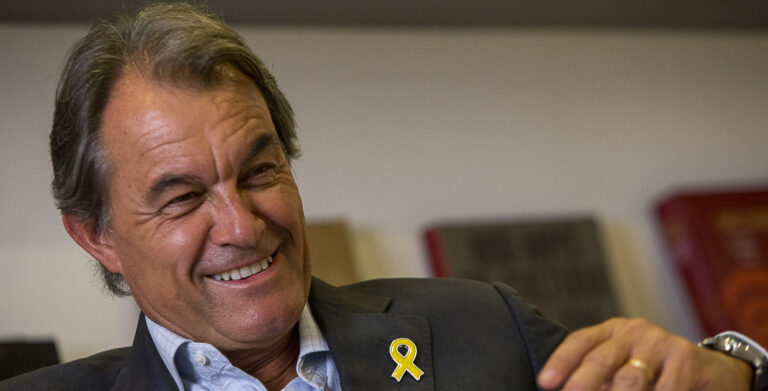 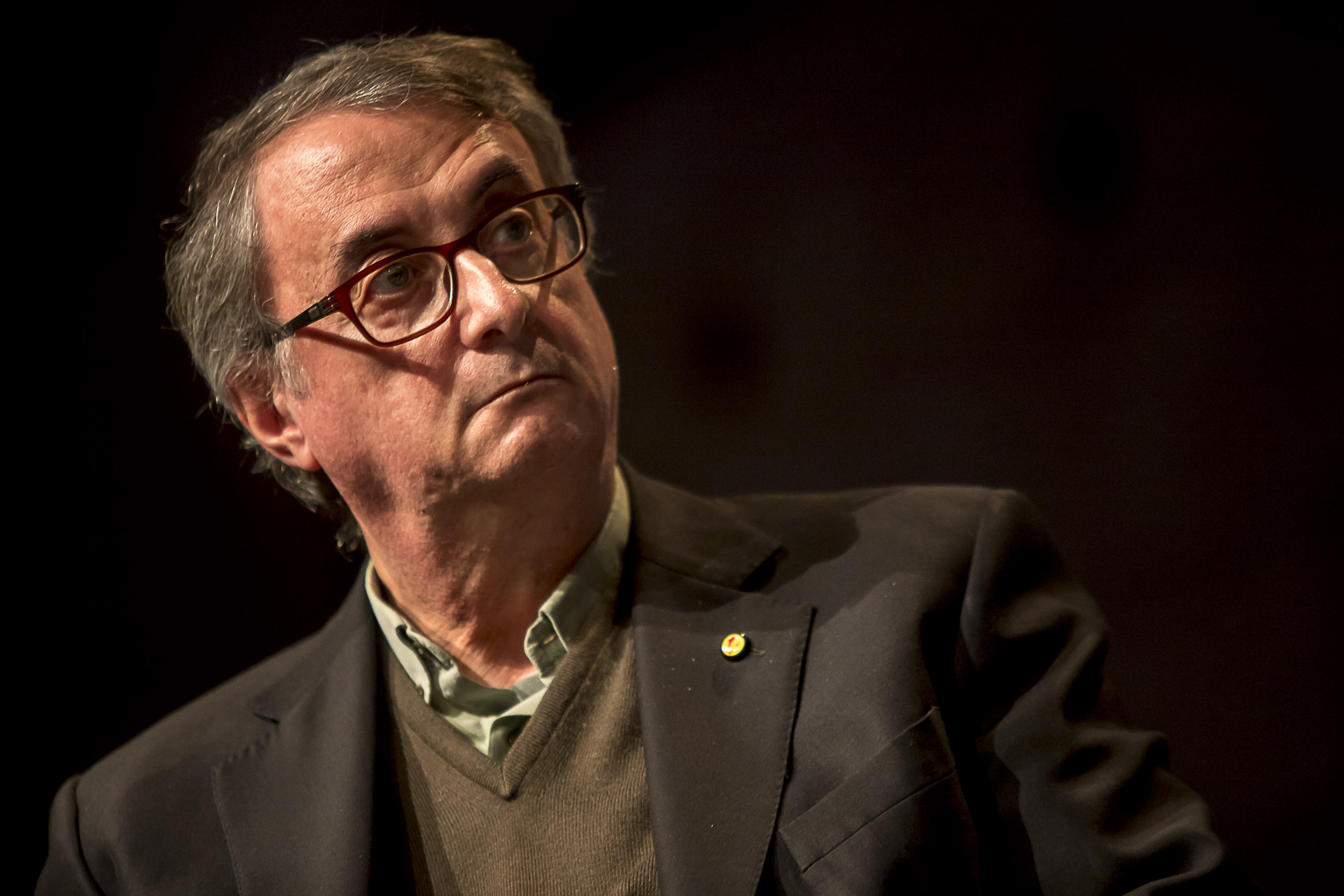 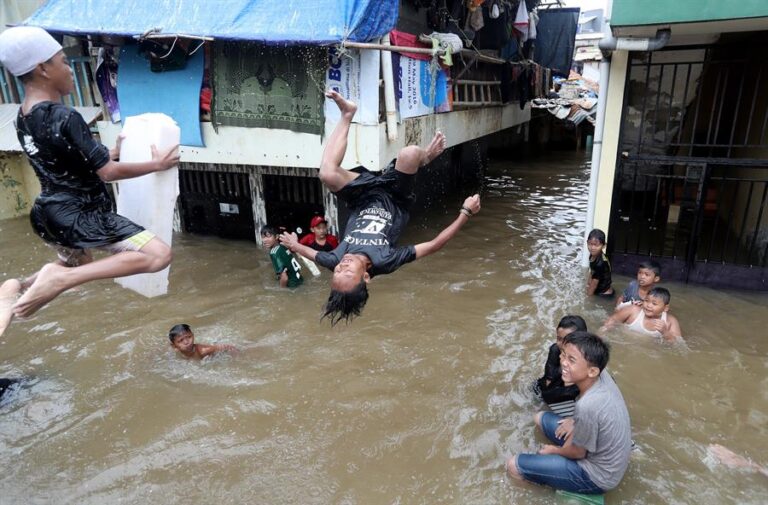