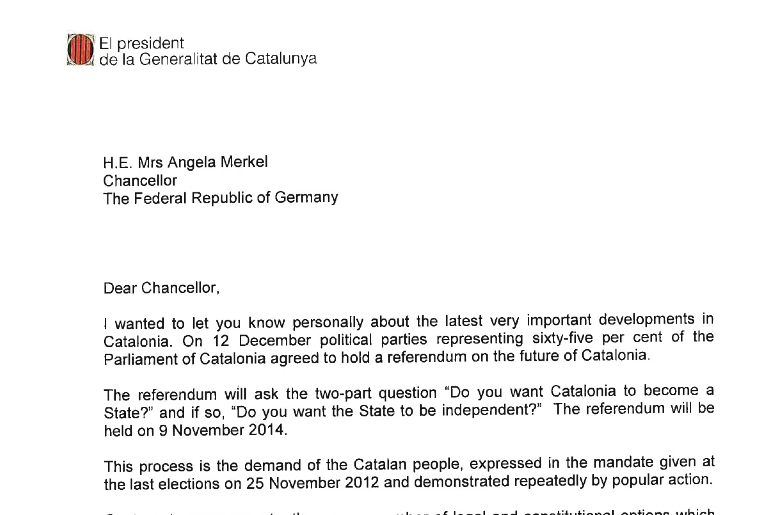 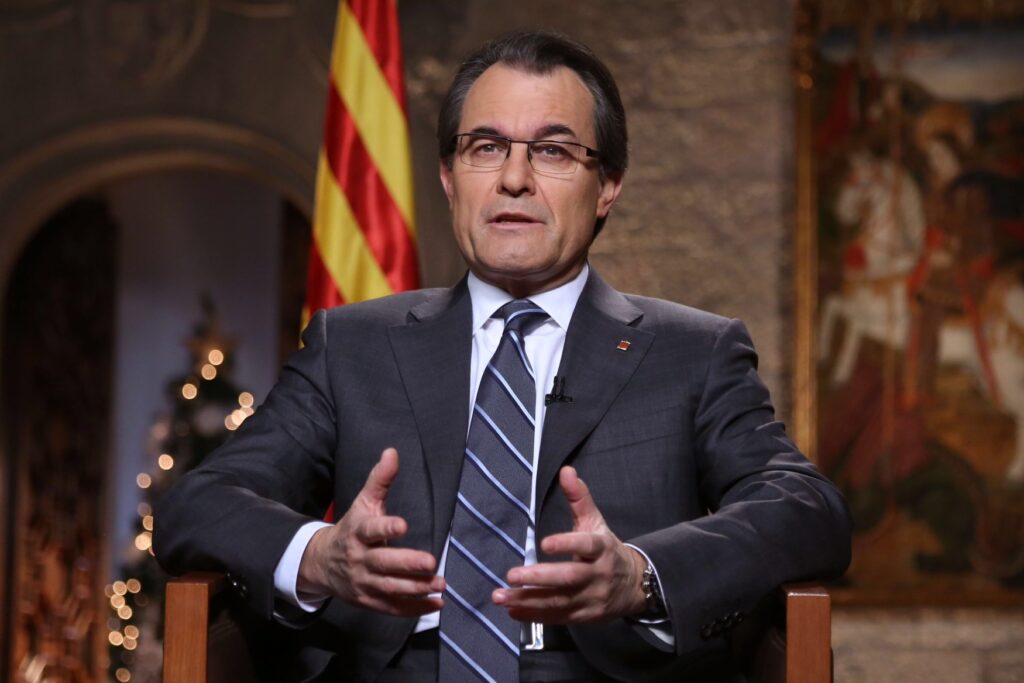 Catalan President Artur Mas sent a letter to each of the heads-of-state in Europe in support of the referendum to be held next November 9th. Mas also sent a memorandum in which he defends Catalonia’s right-to-decide to 27 EU Prime Ministers—all except Spain’s Mariano Rajoy, with whom he has already corresponded—and 45 additional governments outside the EU.

According to Catalan Public TV3, the letter was sent 10 days before it was known that the Spanish Minister of Foreign Affairs, José Manuel García-Margallo had sent a report to all of the Spanish embassies and consulates with arguments against the pro-sovereignty process.

The text begins by explaining the question for the November 9th referendum and points out that both the date and the question were announced before the deadline agreed upon for arriving at a consensus. The letter also underscores that the accord was between Convergència i Unió, ERC, Iniciativa per Catalunya Verds-Esquerra Unida and the Candidatura d’Unitat Popular, who together comprise 87 members, that is almost two-thirds of the Catalan Parliament.

Mas also notes the broad support shown by the Catalan people for the referendum, as evidenced by the massively attended Catalan Way for Independence last September 11th. The letters finishes by commenting that the referendum could be perfectly legal.

At the same time as these letters were sent, the Catalan Government [Generalitat] also circulated a memo among those responsible for Foreign Affairs in 45 countries throughout the world that explains the referendum to be celebrated November 9th of this year.

The text, written by the Catalan Government’s Secretary of Foreign Affairs and of the EU, contains an explanation of the support that the celebration of the referendum enjoys among politicians and the citizenry of Catalonia, and expressly mentions the support in parliament and that demonstrated by grassroots events, like for example, the Catalan Way.

The memo makes clear that the celebration of the referendum “is a political question and not a legal one,” since there is no Spanish or Catalan law that forbids it. “All that is needed is political will,” the correspondence reads.

The text outlines the discrepancies between the positions of the Catalan and Spanish government on this topic, like for example, the Catalan Government’s willingness to discuss the matter in contrast with the position of the political leaders in Madrid, that up to now “have not come come to grips with the reality in Catalonia”, and, in addition, “that Spanish civil servants have attempted to undermine the political authority of the president”.

With respect to the declarations regarding a possible exit of Catalonia from the European Union in the event that it wins its independence, the Catalan government affirms that such statements are made “with the sole intention of scaring voters who support independence”. The documents ensures that there are no precedents in Europe for situations in which one part of a country has become independent, and therefore, “it is false to assert that Catalonia will stop being a member of the EU”. “It is even in Spain’s interest for Catalonia to keep forming part of the EU,” reads the text.

The document adds that “Catalans want to keep forming part of the EU and the Euro zone” and, in any case, “whether or not Catalonia remains in the EU would be a political decision in the hands of the governments of the member states”.

This memo was sent to those in charge of Foreign Affairs of 45 countries around the world, to the personnel responsible for following issues with Spain and Southern Europe, and to ambassadors and consuls-general based in Madrid.