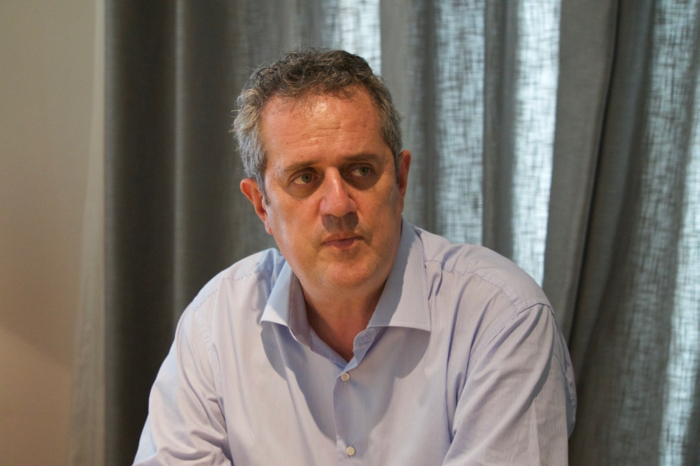 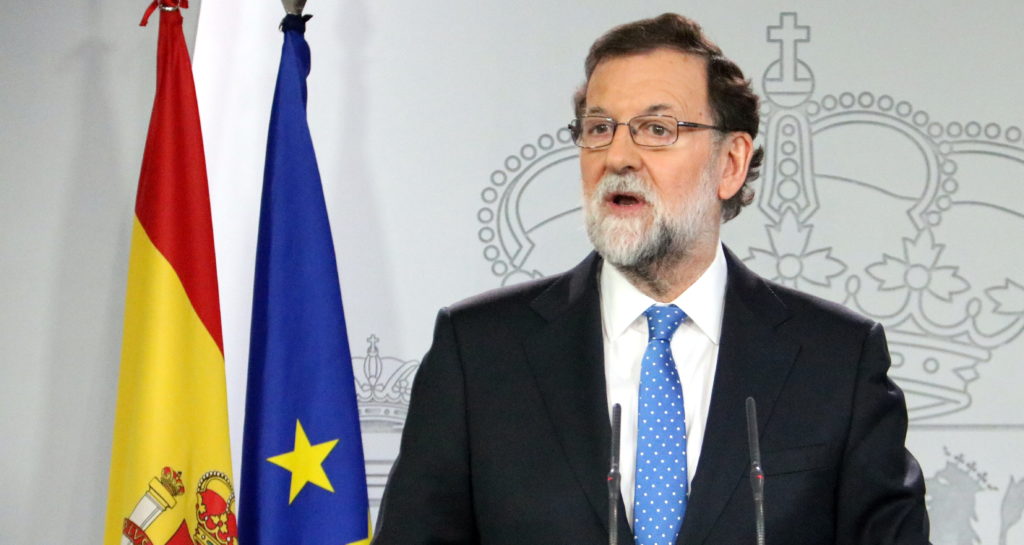 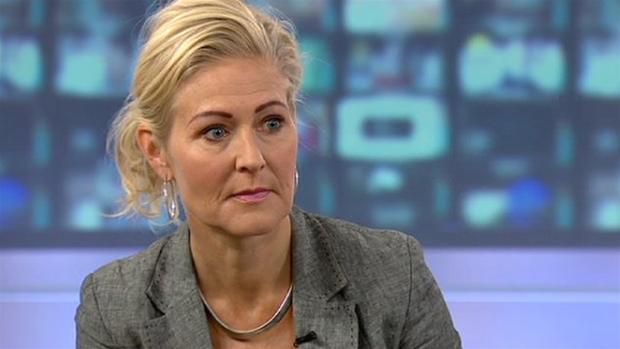 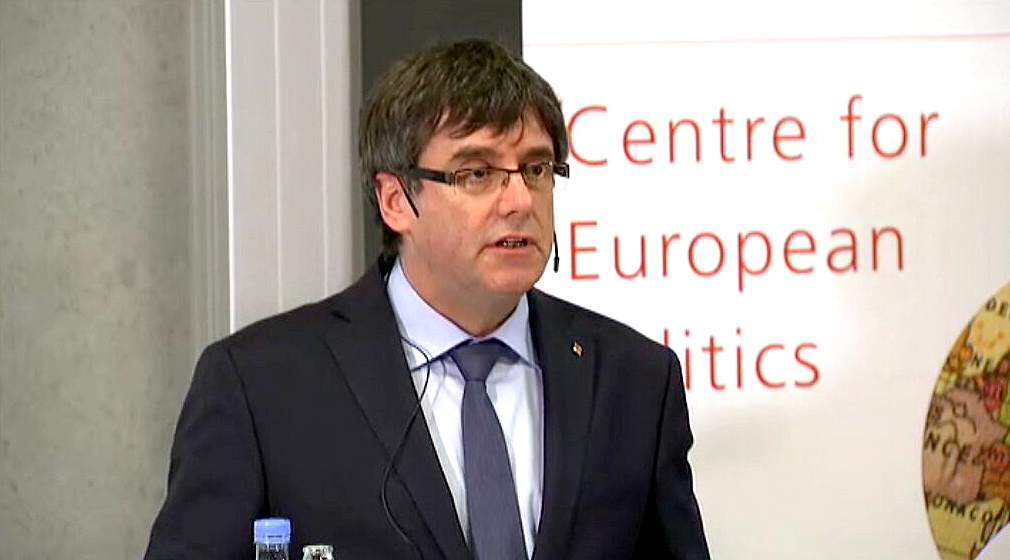 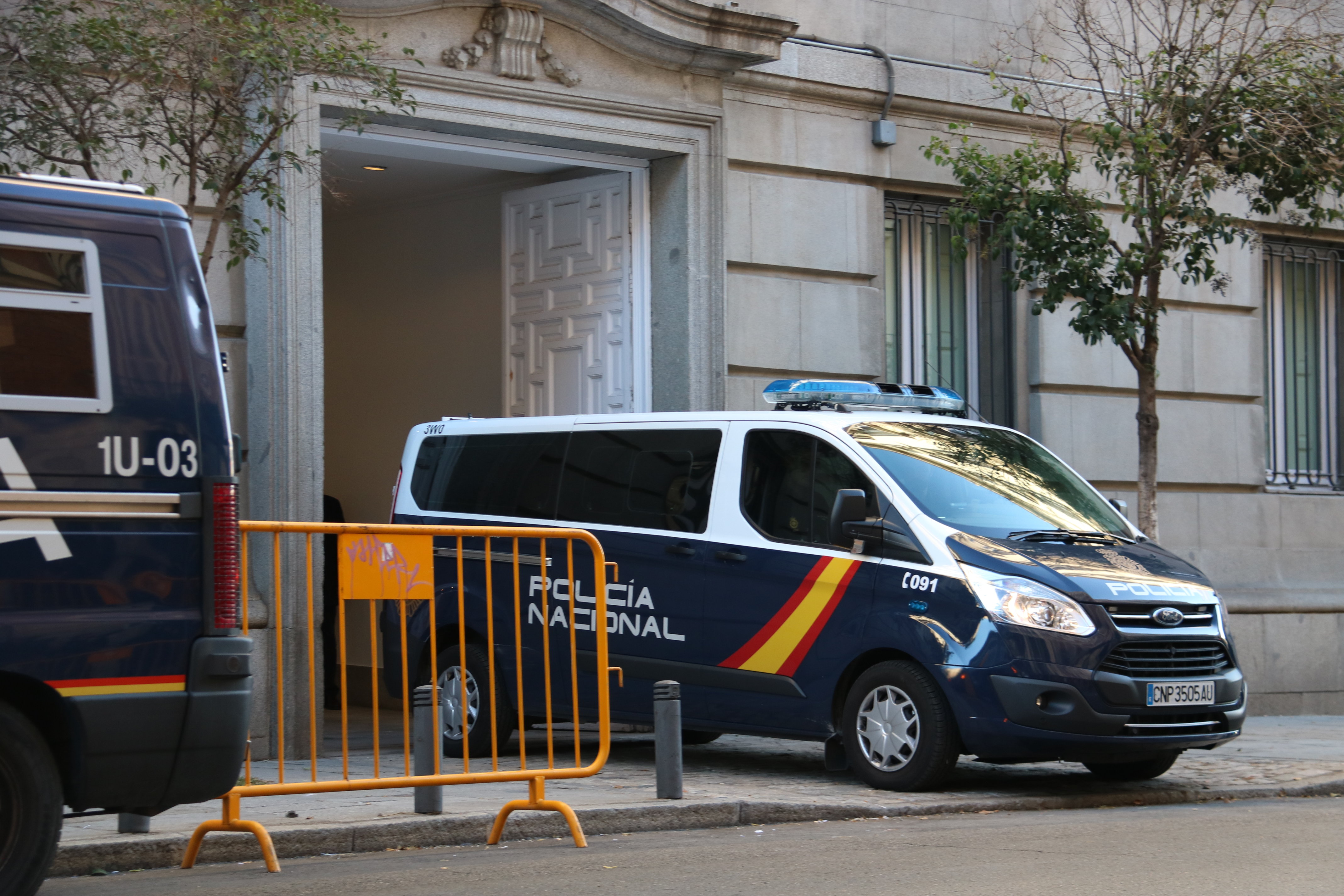 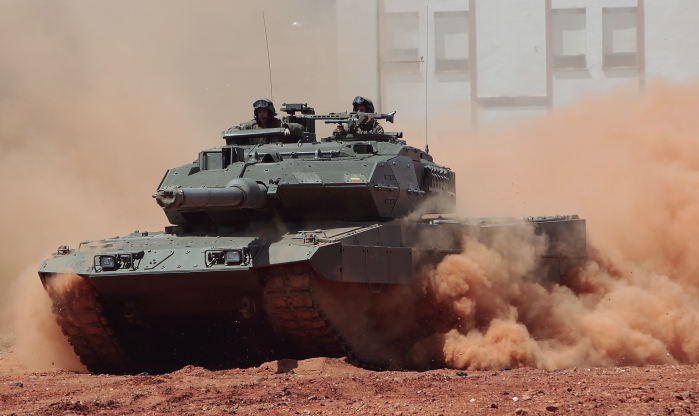 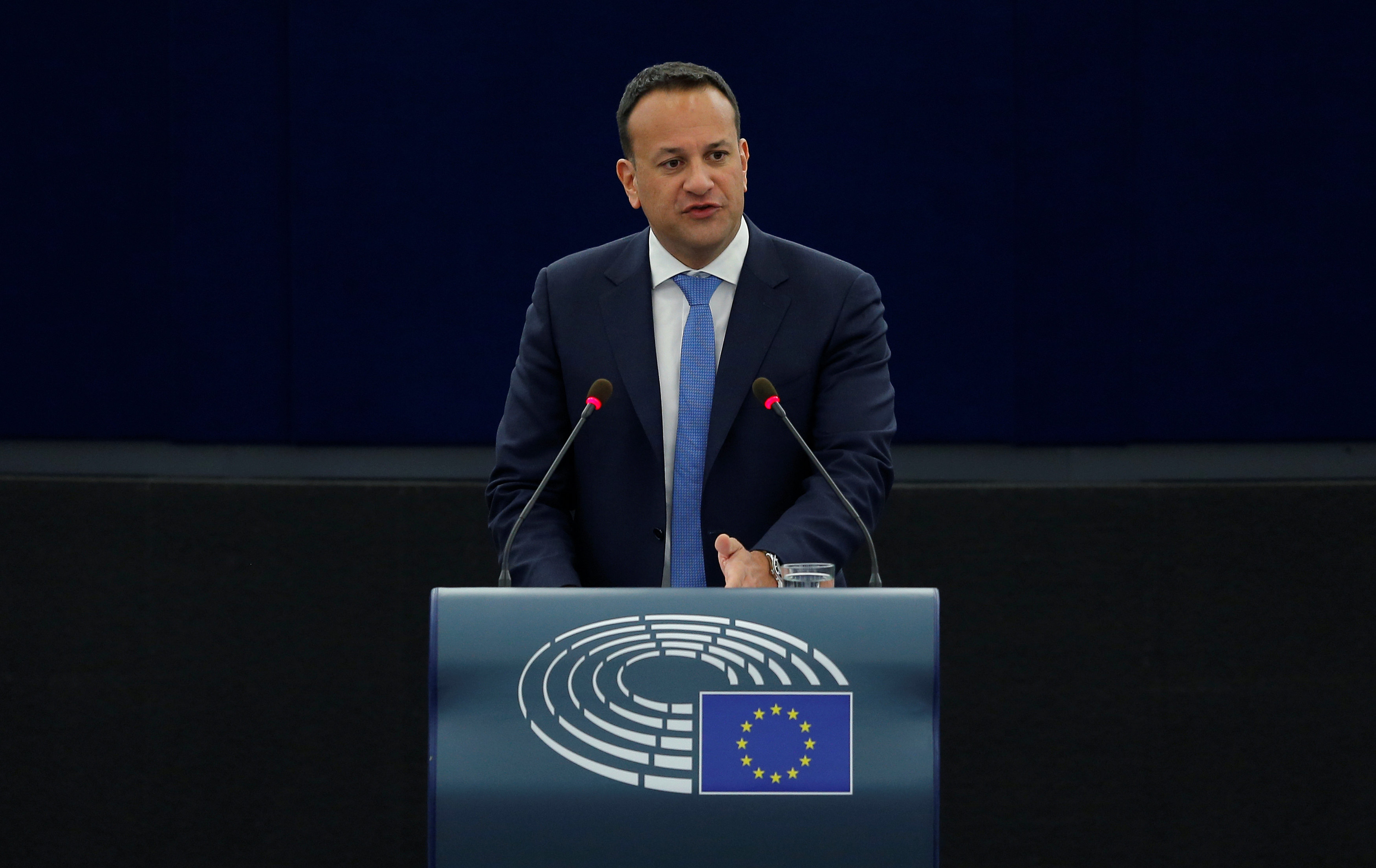 Lawyers from Barcelona, Paris and London have lodged a complaint on behalf of the Catalan leaders who are being held in custody arguing that their arrest is in violation of their freedom of assembly, right to free speech, political opinion and participation in public life

Today Oriol Junqueras, Jordi Sànchez and Jordi Cuixart have taken their case to the UN’s Working Group on Arbitrary Detention. Lawyers from Barcelona, Paris and London have lodged a complaint on behalf of the Catalan leaders who are being held in custody arguing that their arrest is in violation of their freedom of assembly, right to free speech, political opinion and participation in public life. Their legal team explained that much during a forty-minute long press conference held in London, which can be watched in its entirety here:

Top British barrister Ben Emmerson QC, an expert in international law and human rights, will spearhead the international effort. Emmerson stated that this “is merely the first step in a diverse, broad strategy to turn this into an international case”. For now Catalan minister Joaquim Forn has not joined the initiative, although he may do so soon.

The complaint can be read here.

The resolution, a matter of months
The British lawyer believes that the UN’s verdict might come in a matter of weeks or months “but not years”. He also acknowledged that it won’t be binding for Spain, but that there would be a great deal of pressure if the UN found that the Spanish state has violated human rights. Emmerson explained that they will urge the UN to obtain the release of the three prisoners. According to him, the absence of violence means that the crimes of sedition and rebellion are not applicable in this case and claimed that, by keeping them in prison pending trial, the rights of Junqueras, Sànchez and Cuixart are being infringed upon.

“International prerequisites for a fair trial are not being met”
Emmerson opened with a crushing salvo and was very harsh on the Spanish State: “These detentions are an affront to human rights, they prevent them from performing their role as political representatives of the Catalan people, and are a clear violation of international law. We call on the UN to make this same statement and use all the resources available to have these men set free”.

The British barrister added that “in particular, we state that the imprisonment of Junqueras, Cuixart and Sànchez is a violation of their freedom of assembly, expression, opinion and political participation. And they are being discriminated against because they stand for the Catalans’ right to self-determination. Furthermore, the actions taken against them do not meet the international prerequisites for a fair trial. Those who are familiar with the case will know that over one hundred prestigious Spanish jurists have confirmed that the charges brought against them are baseless, given the events. There was no element of violence, the indictments are purely political and it is clearly a case of political detention”.

“I would like to emphasise that this case does not ask the United Nations to adjudicate on the issue of Catalan independence, but seeks the UN’s reaffirmation that governments cannot repress political dissent through the detention of opponents. Spain must release these men. The Spanish government’s actions set a dangerous precedent for the rights to protest and political dissent worldwide. Therefore, we ask the UN to reiterate vehemently that governments cannot use empty criminal accusations against any political opposition”.

Spain, isolated
The barrister remarked that Spain is slipping towards a situation unlike all other democracies in the region. During the Q&A, he replied to a Spanish reporter that “if the UK had acted like Spain, it would have jailed the leaders of the SNP. I’d like to remind you that holding a referendum in Spain ceased to be an offence in 2005”.

European Court of Human Rights
“The jurisdiction of the European Court of Human Rights only applies provided every recourse has been exhausted in Spain. And we are not there yet. In contrast, the UN may issue an opinion on individuals who are in jail at the moment and without having exhausted every recourse. That’s why why are starting with the UN”, Emmerson said. In fact, he added that this is but the first step of a broad international legal campaign which will continue until the wrongs have been righted.

One of the most remarkable cases that he worked on was Maria Litvinenko’s, the partner of former Russian spy Aleksandr Litvinenko who died in London in 2006 after being poisoned. He concluded that Moscow’s responsibility in that murder had been proven “beyond all reasonable doubt”. He was also the legal counsel to Moazzam Begg, a UK national held for six months in Guantanamo in 2013 over charges of terrorism in the Syrian civil war, who was released before the trial.

Furthermore, Emmerson has stood up for gays’ rights and free speech on social networks. He probed cases of sexual abuse on minors in England and Wales as part of an official inquest conducted by the British government. Emmerson is a former UN special rapporteur on the promotion and protection of human rights and against terrorism. In 2013 he wrote a report for the UN’s General Assembly as part of an investigation into the use of UAVs by Israel and the US in warfare and targeted killings. 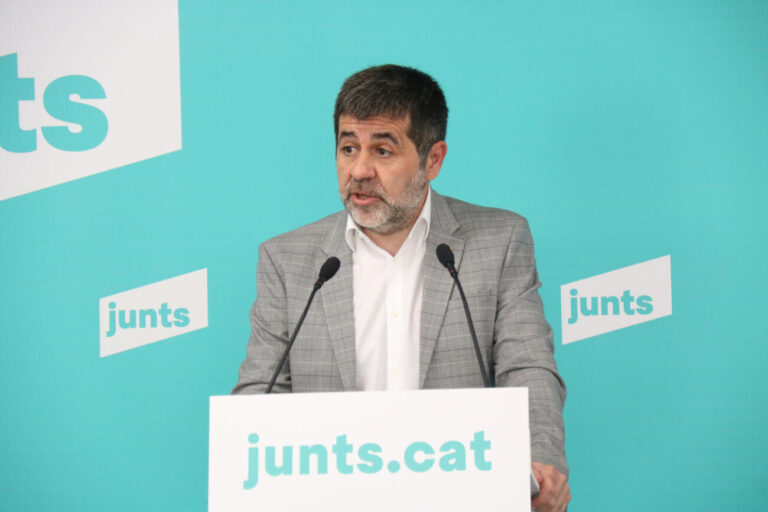 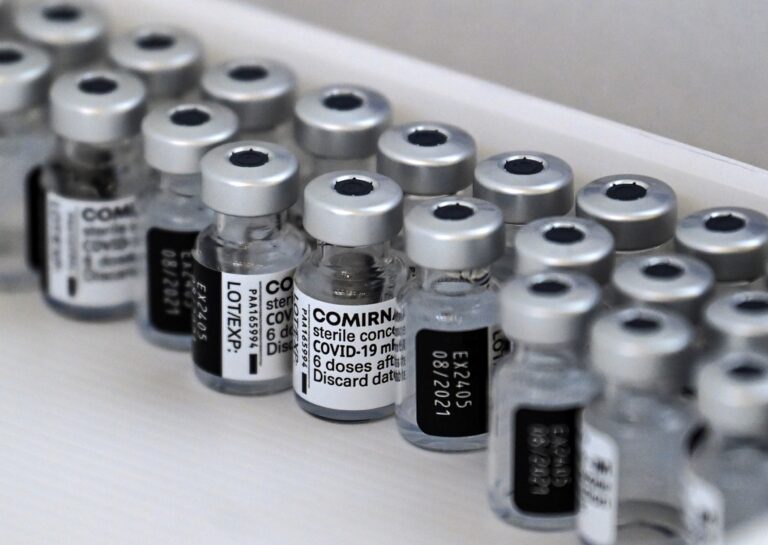 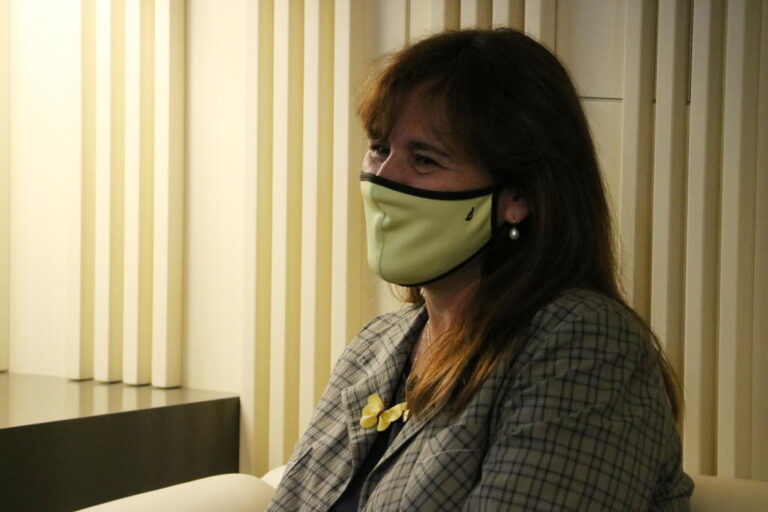 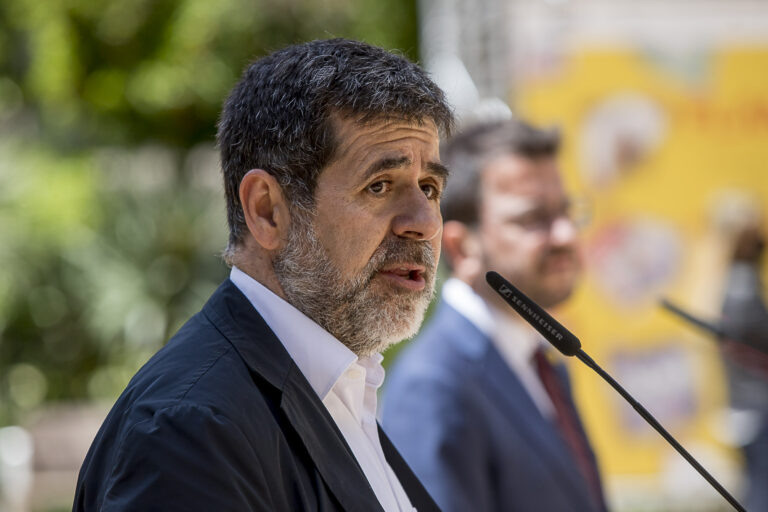 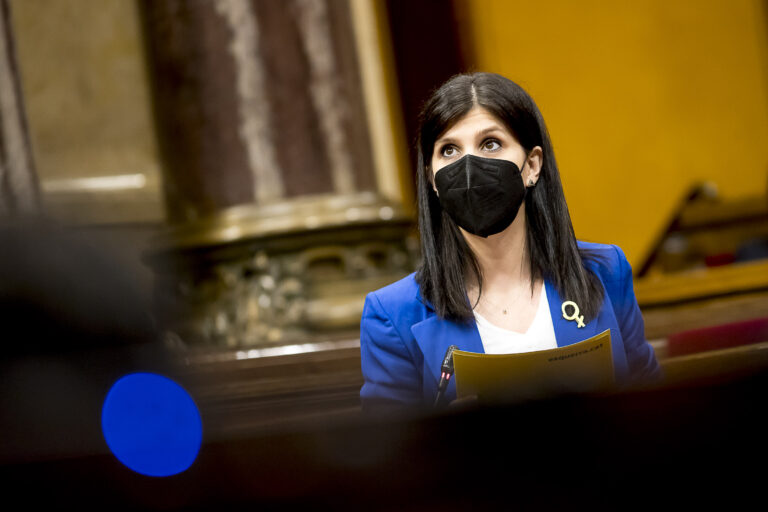 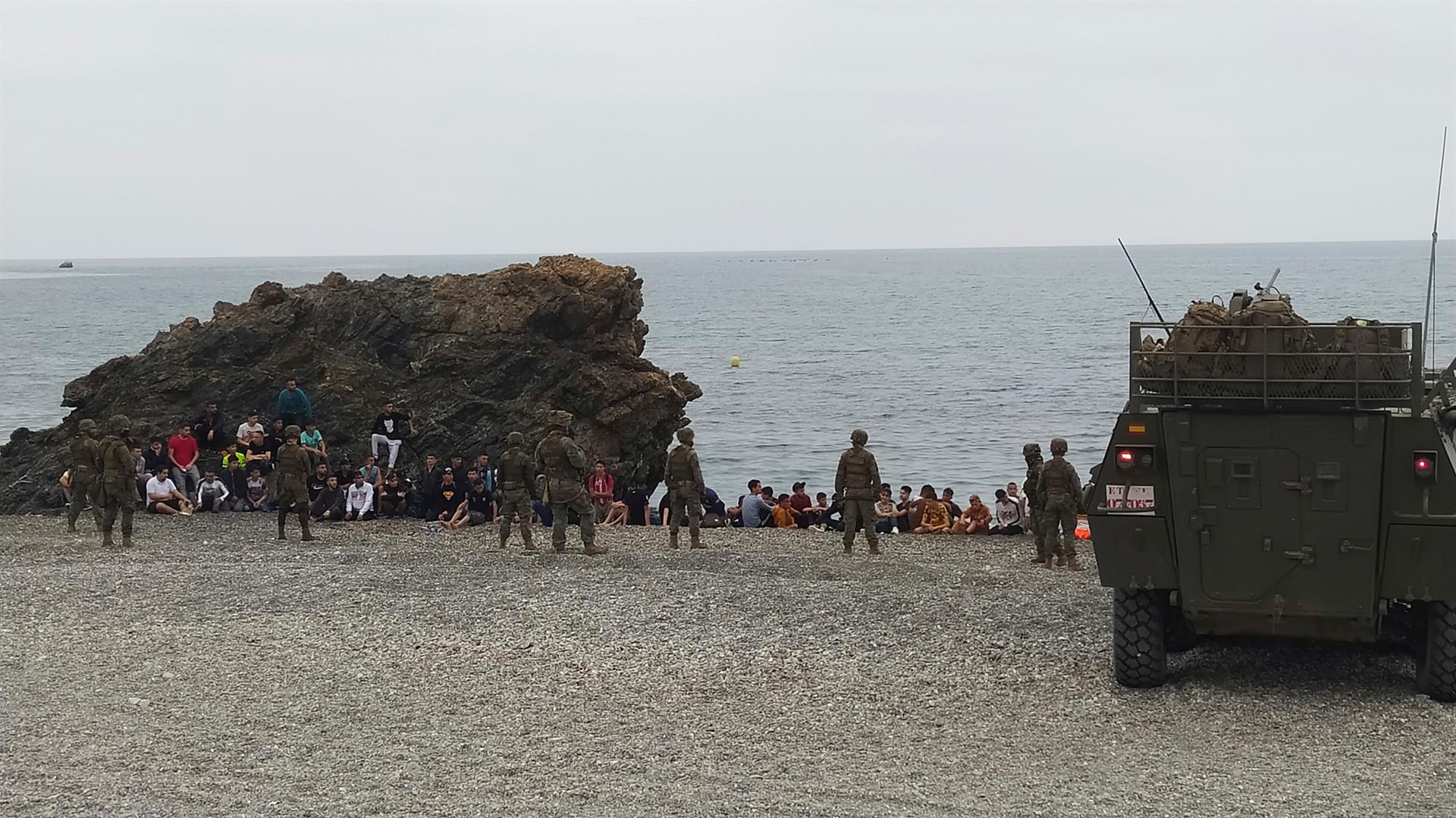 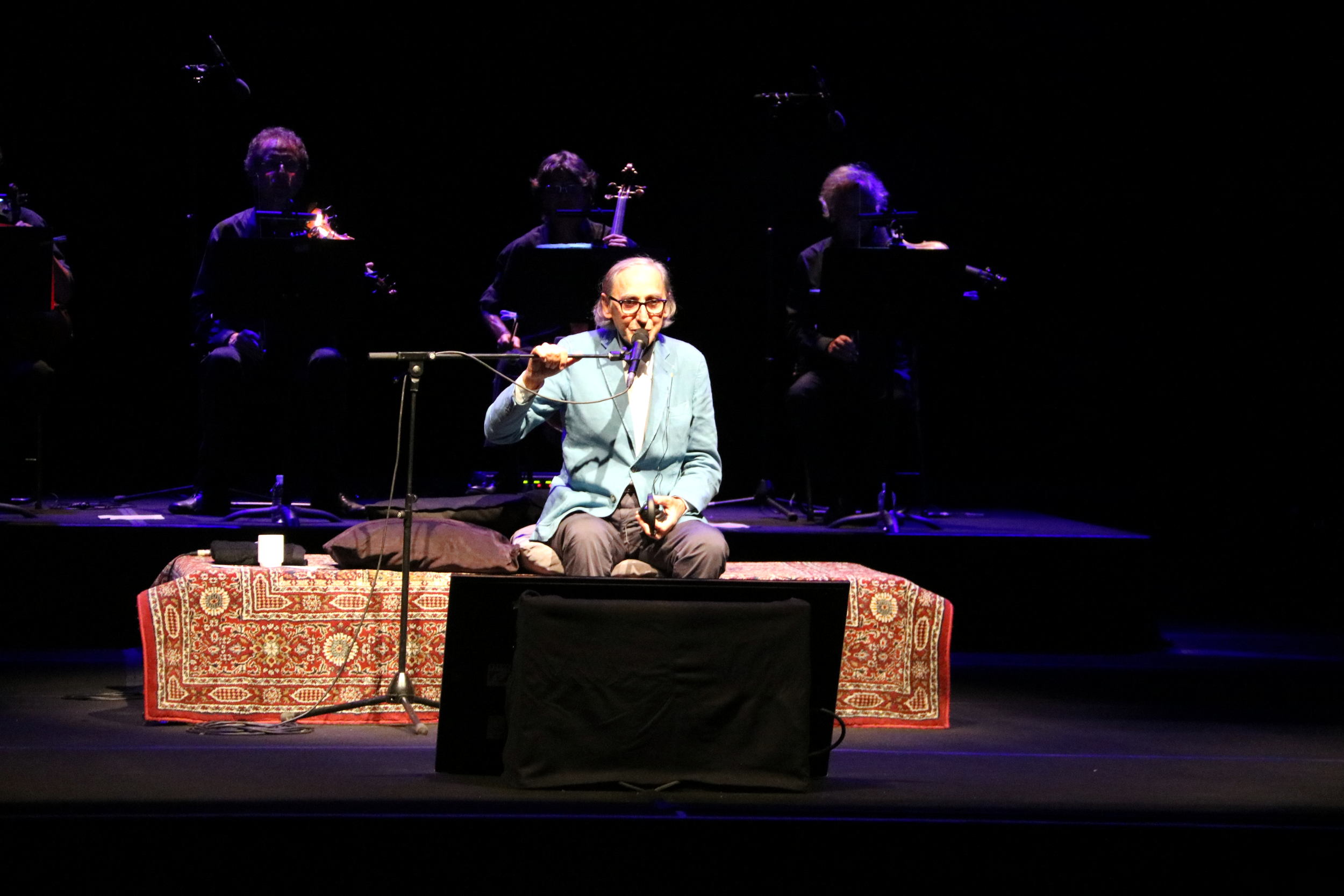 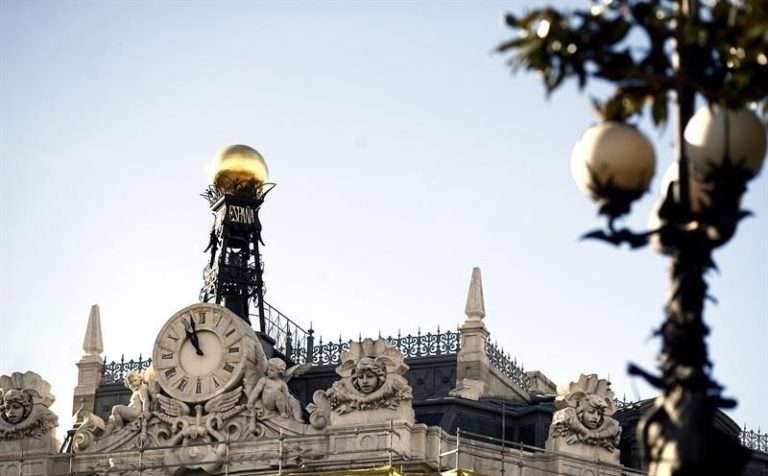 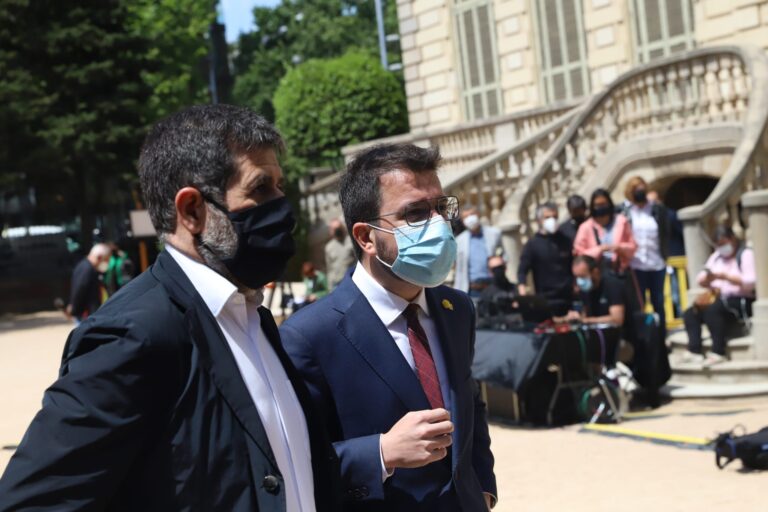 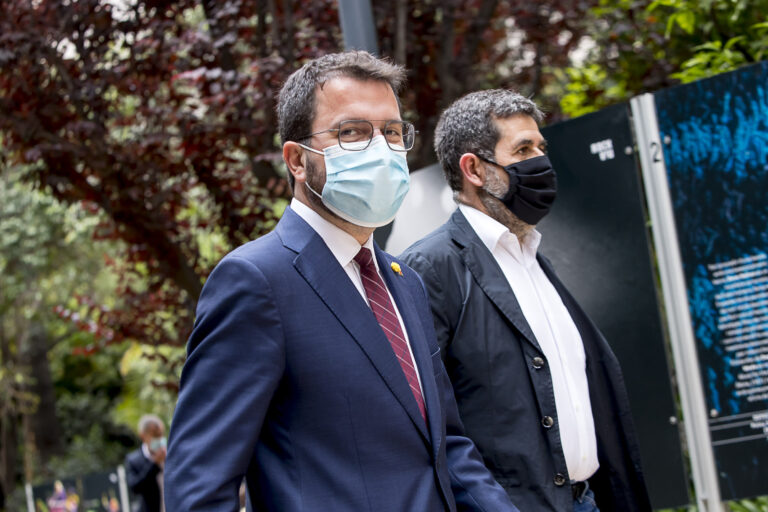 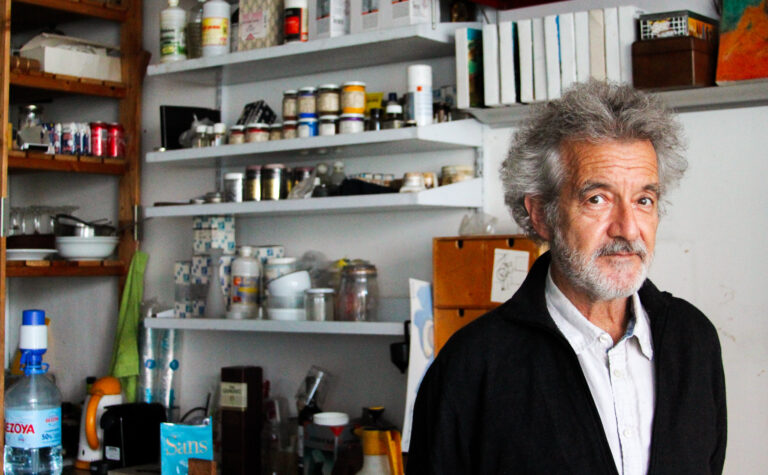 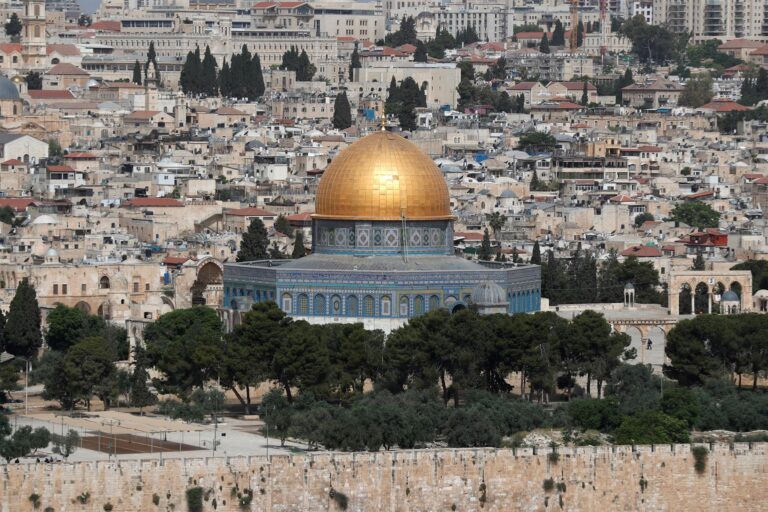 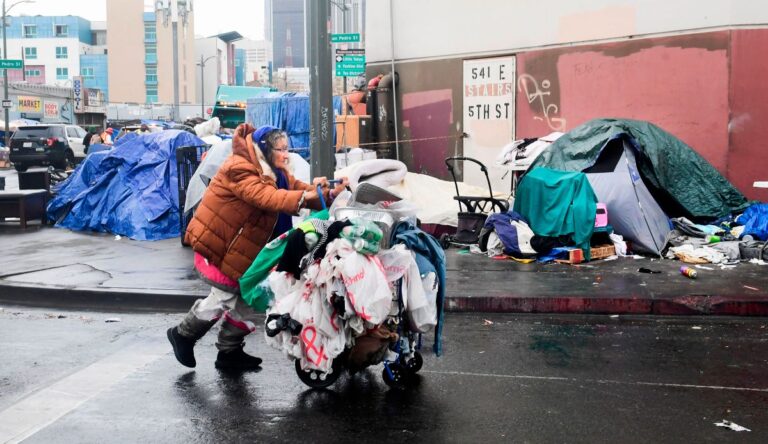 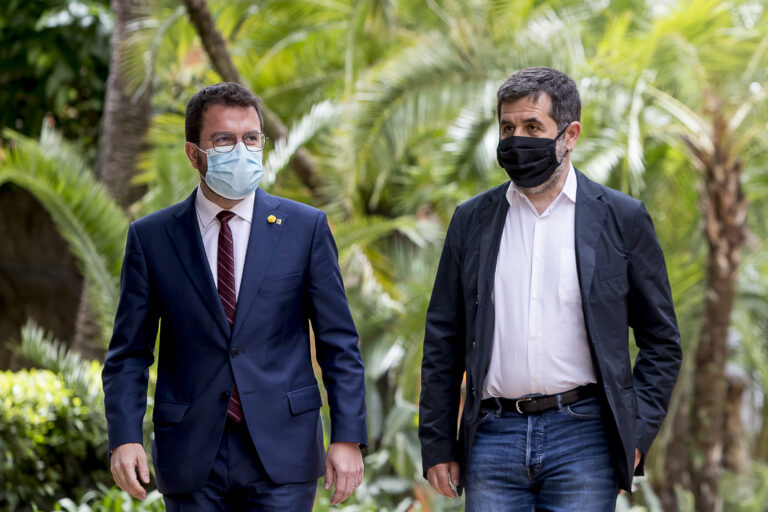 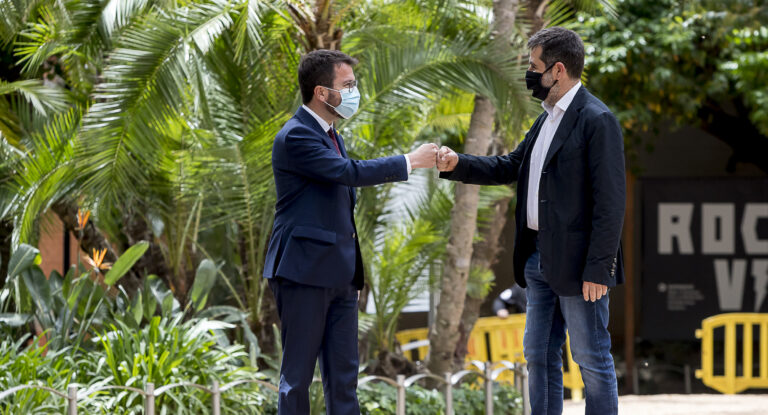 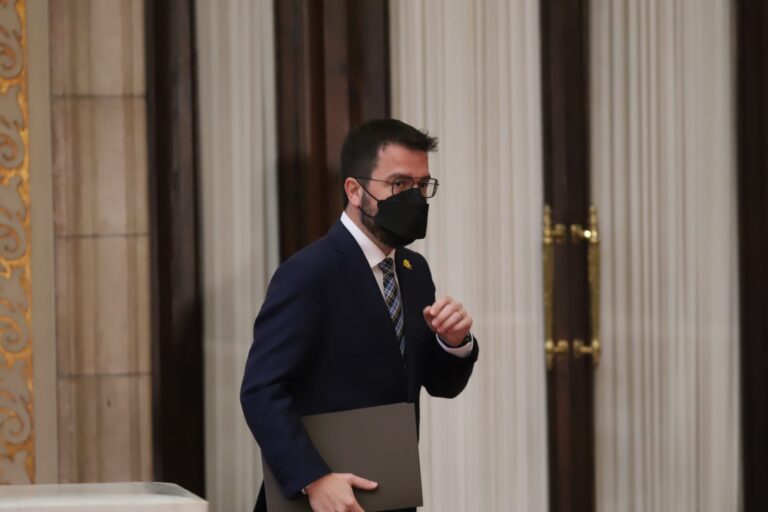 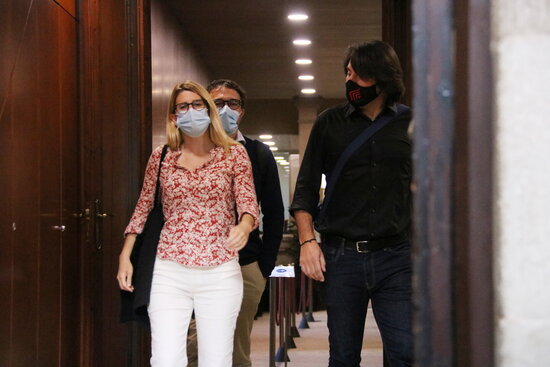 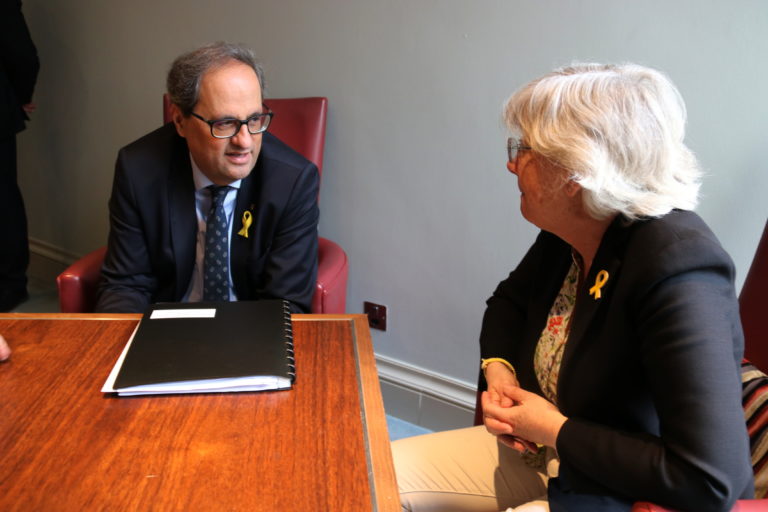 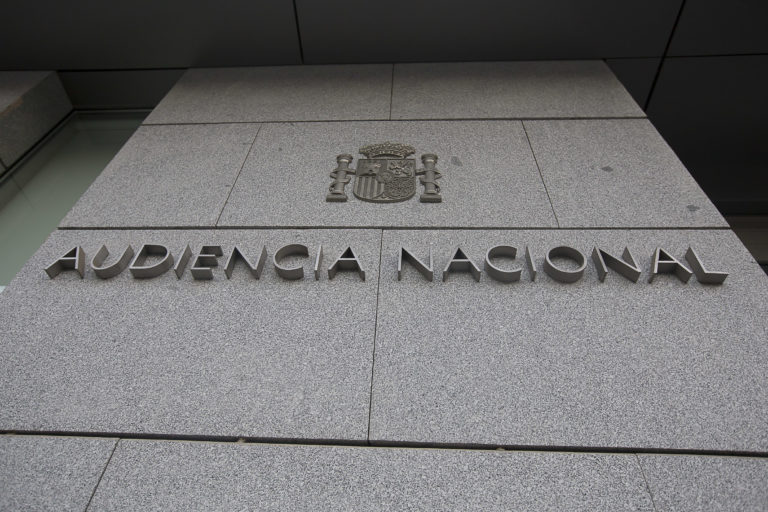