Celebrating Sant Joan, from one end of the country to the other 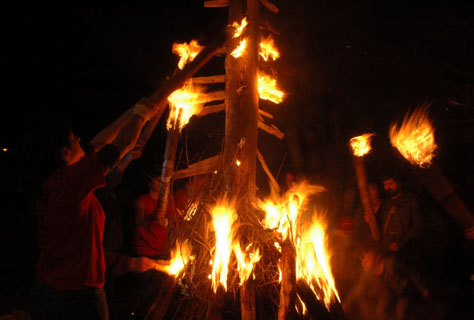 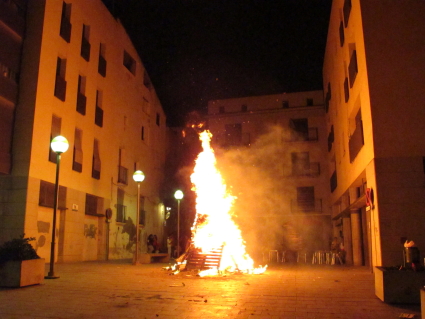 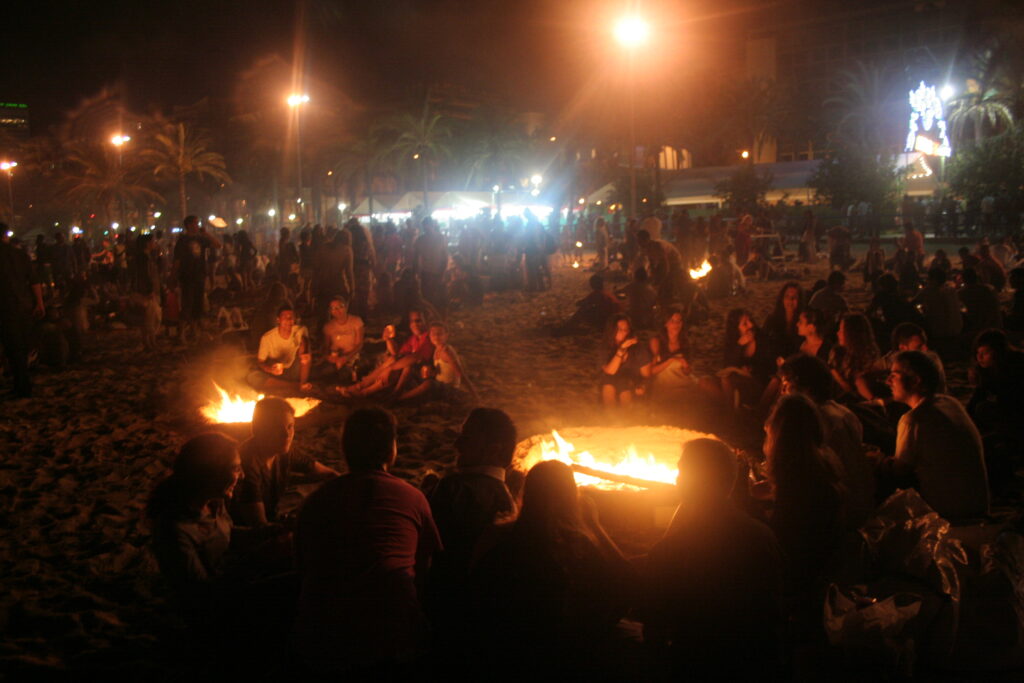 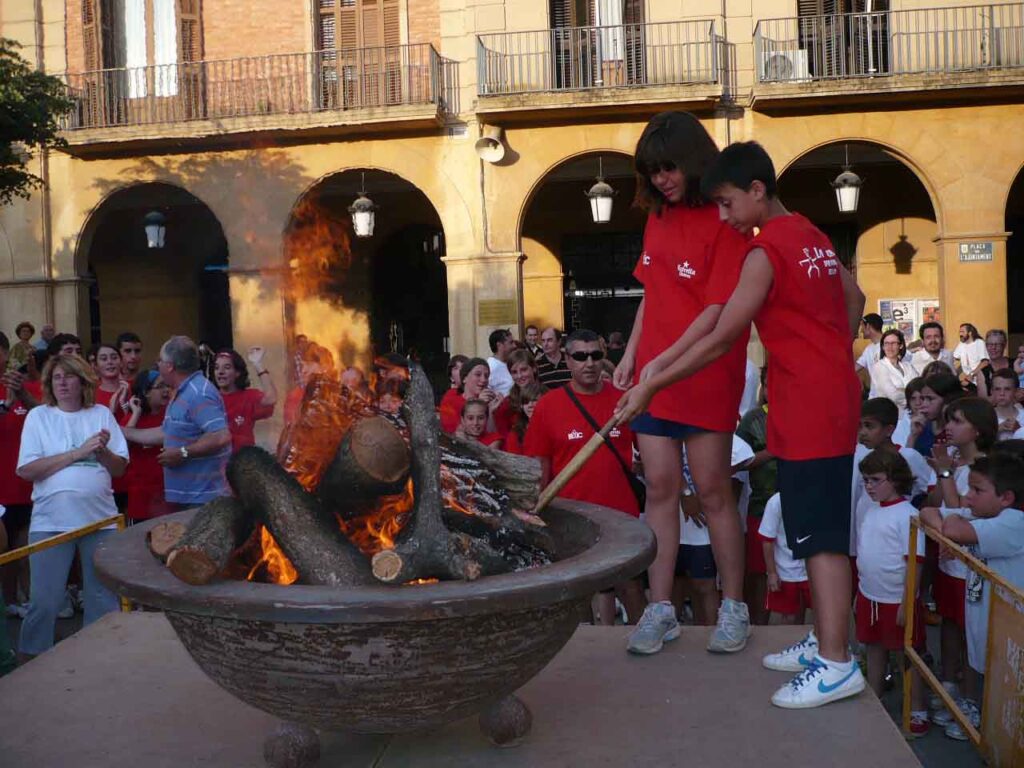 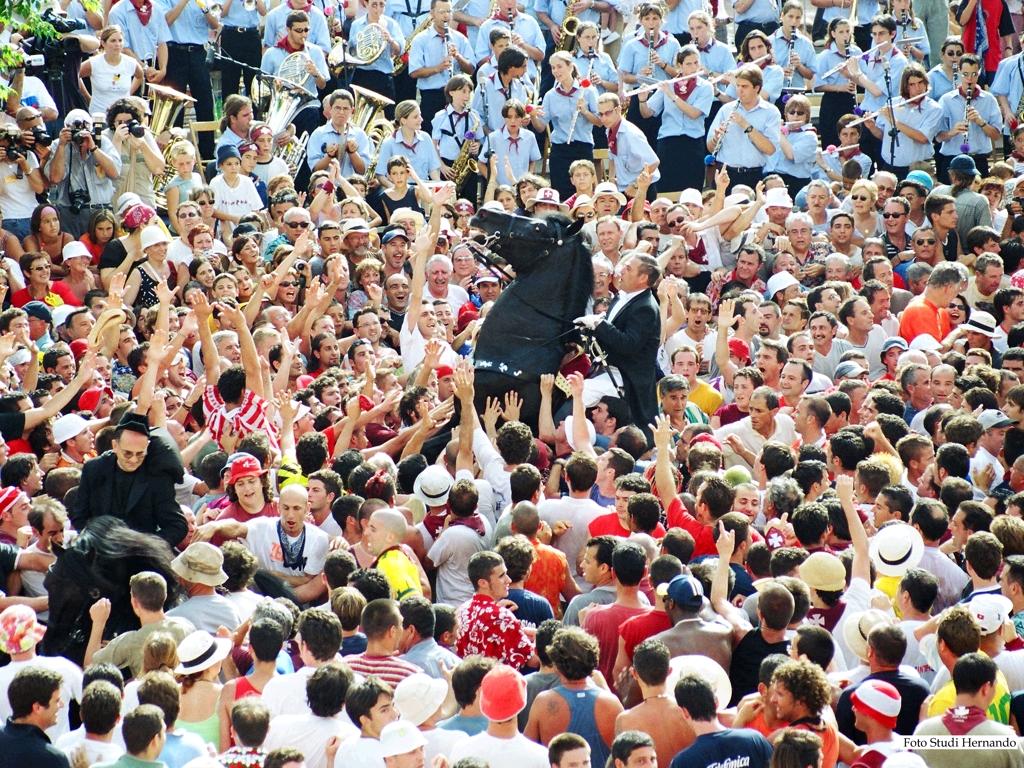 The country has celebrated the summer solstice with the Saint John festival for as long as anyone can remember. In many areas, fire, dance and parties are the order of the day, especially on Saint John’s eve. There is the flame of Mount Canigó, which came down Sunday from the North Catalan mountain peaks and which will spread through hundreds of cities and towns across the country, in order to light the bonfires that will illuminate the festival. They will also light bonfires in Alacant and the ‘falles’ in some municipalities of the Pyrenees, while in Ciutadella in Menorca, this weekend is their largest festival, with horses as the main protagonists.

On June 22 every year, a group of hikers from the Cercle de Joves de Perpinyà [Perpignan Youth Circle] collects the fire that has been kept alive in the Museu de la Casa Pairal de Perpinyà [Manor house museum in Perpignan] and brings it up to Mount Canigó. The next day, at dawn, the flame is brought down the mountain to all of the towns and cities in the Catalan countries so that they can light their own Saint John bonfires.

Four-hundred municipalities will officially greet the flame, with a central event in Barcelona. At midday, officers of the Catalan Parliament will receive the flame delivered directly from Canigó. In the afternoon, Sant Jaume square—the location of both the Catalan Government and the Barcelona City Hall—will be the stage where the public will receive the flame, where the cauldron is ignited, and where the fire is distributed to all the neighborhoods in the city.

One of the novelties this year is the Instagram contest to choose the best photograph taken with a mobile device, with the hashtag #FlamadelCanigó.

“Falles” in the Pyrenees
In the Pyrenees themselves, and specifically in the counties of Pallars and Alta Ribagorça, next to Aran, there are “falles” (bonfires) during these weeks, a pre-Christian tradition that celebrates the arrival of summer by bringing burning logs down from the mountains in the dark. This year, they began in Durro on June 14, and the last will be July 26 in Llesp. The bulk of the “falles”, however, will be tomorrow during Saint John’s eve, in Boí, Casós, el Pont de Suert and Vilaller, as well as Isil.

In Les, in the Aran Valley, Saint John’s eve is also the night of the “Burning of the Haro“. The Haro is a huge tree that is placed in the main square several days before the festival and then burned on Saint John’s eve accompanied by traditional dancing.

Alacant bonfires
In the southern end of the country, in Alacant, they have the “Saint John Bonfires“, one of their most special festivals of the year (follow on Twitter). The fires and cardboard monuments are the centerpiece of a complete program of processions, offerings, concerts, runnings of the bulls, and booths where everyone can eat the typical pastries of tuna and figs. The high point of the festival is Monday, when the dozens of bonfires that have been prepared will be lit.

The bonfires in Alacant are prepared many months earlier in artists’ workshops. In contrast with the ‘falles’ in Valencia, the bonfires have no political component or social commentary, but rather tend more toward the artistic.

This celebration has its roots in the piles of junk and refuse that were traditionally burnt on Saint John’s Eve. The first documented reference is from 1822. The mayor ordered that the bonfires not be lit, nor roman candles be set off that night, “under penalty of a fine of 20 reals”. Despite the explicit prohibitions that were repeated each year, the town continued to light the fires, and little by little, they were transformed, acquiring the artistic flavor that they have today.

Sant Joan a Ciutadella
In the Balearic Islands, Ciutadella in Menorca is synonymous with Saint John, the most awaited and uproarious festival of the year. But here, the main protagonist is not fire, but rather horses and music (jaleos). The biggest part of the festival begins Monday at 2pm, when the “fabioler” (the piper) asks permission from the “Caixer Senyor” [Lord Clerk] to begin gathering “caixers” (clerks or cashiers, they were the ones who guarded the donations box at the Sant Joan church) and “cavallers” (horsemen). There are different kinds of caixers, in addition to the Lord Clerk there is the Priest Clerk, the Craftsman Clerk, the Farmer Clerks and the Flagbearer, each of which is in charge of a different part of the festival. The festival combines a church mass, processions, and parades which last until late into the early hours of Saint John’s Day. On Tuesday, the festival begins again first thing in the morning, with the “Qualcada” (special cavalcade) and a gathering of “cavallers” (horsemen). There are several “caragols” (or circuitous routes through different parts of the town).